Free Shipping in the US
Sign-In
Register

Smartphones aren’t getting any cheaper, and if you’ve plumped down the cash for a brand new Galaxy S10 with its glass rear panel and Infinity-O display, you should probably be looking at getting a case on it in order to protect your investment. We’ve done the legwork for you, scouring the internet for some of the best cases you can get for your Galaxy S10, all you have to do is join us after the break. 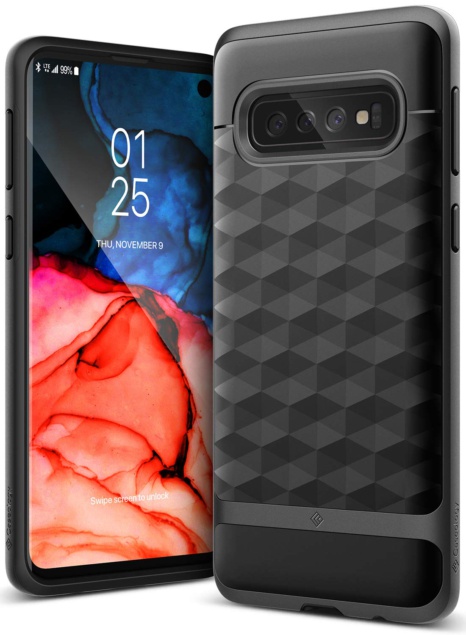 First up is Poetic with its Parallax case for the Galaxy S10that sports a textured 3D geometric design and dual layer protection. Featuring an inner layer made of TPU that absorbs shock, the outer layer is made of polycarbonate and guard against scratches. Responsive covers protect the buttons while the raised lip protects the display when it’s laid on a flat surface. The Parallax case from Poetic maintains compatibility with wireless charging and Samsung Pay and is available from Amazon for $14.98 in Black or Midnight Blue. 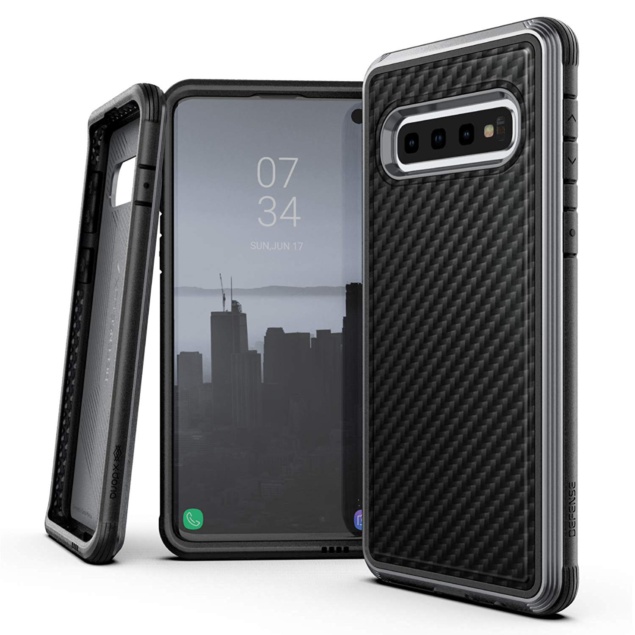 Featuring an integrated front-facing audio channel that redirects sound to the front of the Galaxy S10, the Defense Lux case from X-Doria adds some much-needed grip and protection. Certified to exceed military drop-test standards, the soft inner lining absorbs shock from drops while the hard polycarbonate shell is scratch-resistant. You can order X-Doria’s Defense Lux case from Amazon for $34.95. 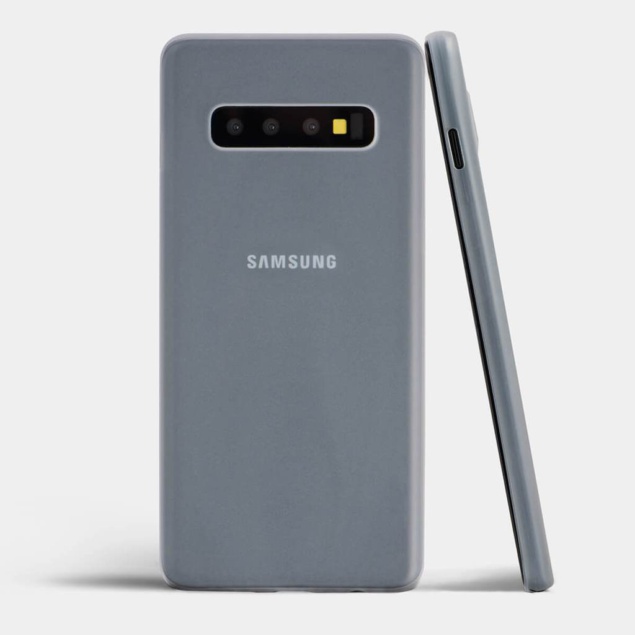 The Totallee Thin case brings everyday protection and keeps your phone slim and sleek – adding just 0.02″ to the thickness of the Galaxy S10. Featuring a raised lip around the camera cutout on the rear panel, the ultra-thin case is compatible with wireless charging and is free of branding. The Totallee Thin case is available for $28.97 from Amazon in Clear, Frosted Clear, and Solid Black. 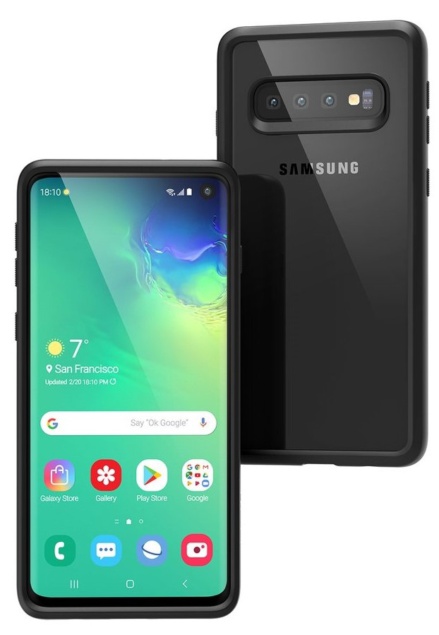 The Impact Protection case from Catalyst is made of a grippy rubber material and maintains the slim profile of the Galaxy S10 and its wireless charging function. Certified to protect against drops of up to 3 meters, the case features a sealed rear panel that blocks dust and debris from entering while allowing for easy access to ports and control buttons. You can purchase the Impact Protection case directly from Catalyst for $39.99 in Stealth Black or Clear. 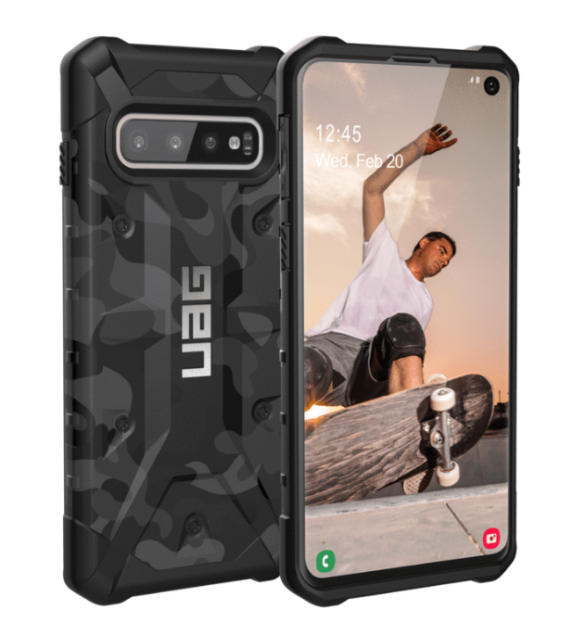 With its over-sized tactile buttons and non-slip ruggedized grip, the Pathfinder Camo case from UAG brings added protection to the Galaxy S10 with its armor shell and impact-resistant soft core. Featuring scratch-resistant skid pads and screen surround, the case is made from a feather-light composite material and is compatible with wireless charging and Samsung Pay. The Pathfinder Camo case from UAG can be ordered from Amazon for $49.95. 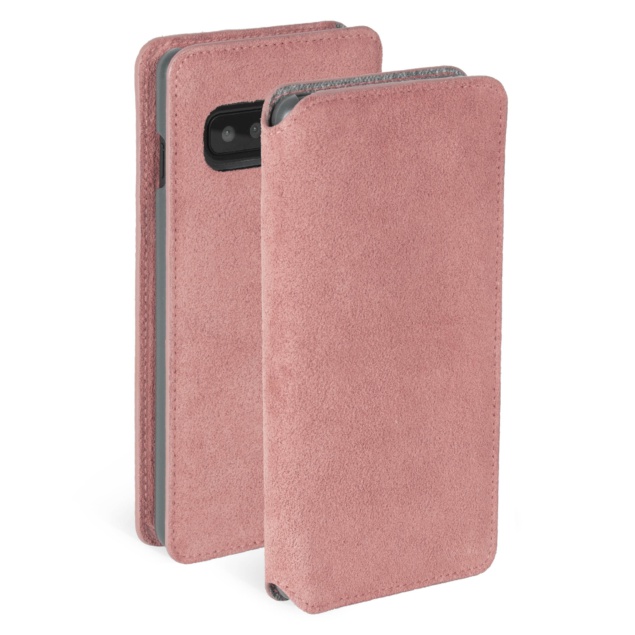 Krusell’s Broby SlimWallet case combines protection and functionality with its ability to store up to four bank cards. The Galaxy S10 is securely held with a TPU inner while the exterior of the case is made of the finest suede that adds extra grip and provides all-around protection. The Broby SlimWallet case is available directly from Krusell in Pink, Grey, and Cognac for £49.90. 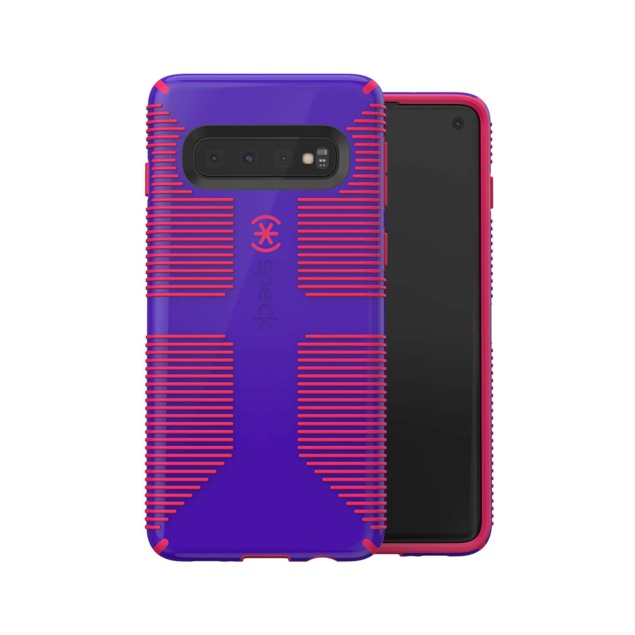 Speck’s CandyShell Grip grip brings a splash of color to the list with its raised ridges that also add extra grip to the phone. The Ultraviolet/Ruby Red exterior shell is made from polycarbonate while the shock-absorbent inner layer is constructed from soft rubber. There’s a raised bezel that protects the display from scratches when laid on flat surfaces and the case is compatible with wireless charging and Samsung Pay. You can grab Speck’s CandyShell Grip case from Amazon for $23.76. 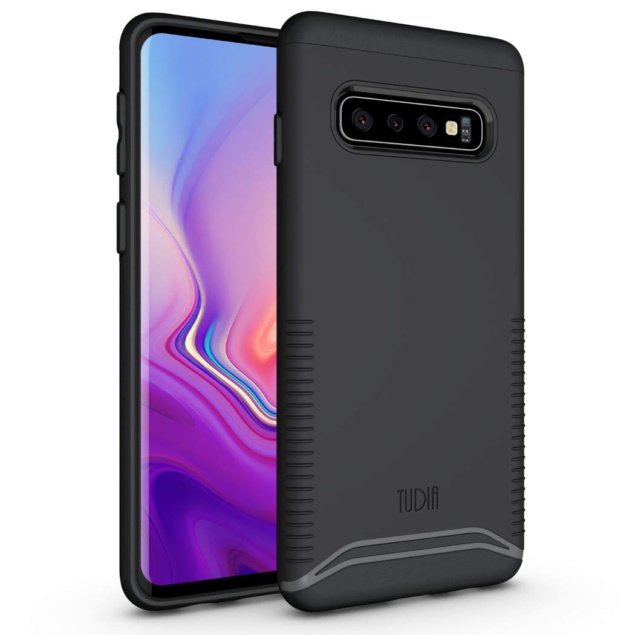 Featuring a snap-on design for easy installation and personalization, Tudia’s MERGE Heavy Duty case boasts a shock-absorbent inner layer made of TPU and a durable polycarbonate exterior shell. The precision cut cutouts are aligned with the ports and control buttons while the raised bezel protects the display when it’s laid facedown. The case maintains compatibility with wireless charging and also suits most screen protectors. Available from Amazon for $8.90, Tudia’s MERGE Heavy Duty case can be had in Matte Black, Metallic Slate, Mint, and Rose Gold. 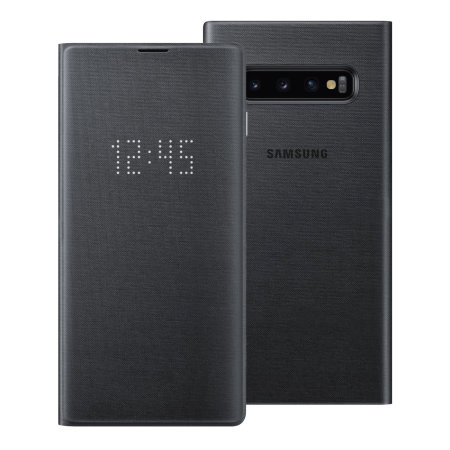 Besides making the Galaxy S10, Samsung also produces some quality cases of its own, including the LED Wallet case that alerts you to notifications via its built-in color LED ‘s that also allows you to set custom icons for specific events and contacts. Another useful feature is the ability to store a band card on the inside of the front flap and automatic sleep and wake function. Amazon has Samsung’s LED Wallet case in Black, Green, and White for $64.99. 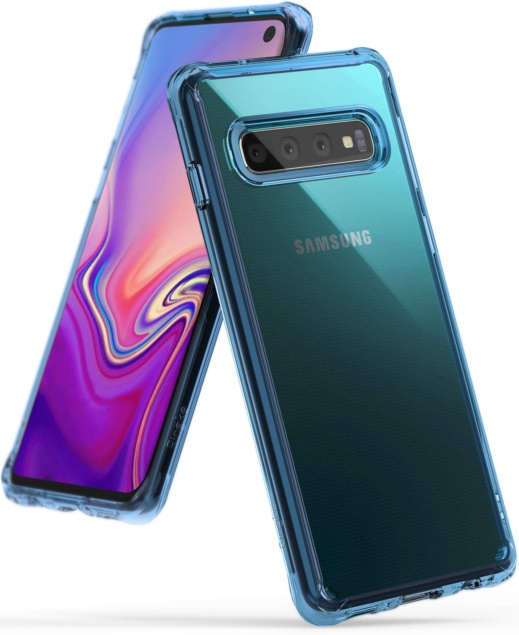 When you buy an expensive phone it’s only right that you want to show off its design, so a case such as the Fusion Crystal Clear from Ringke could be just what is required. Featuring dual-layer protection consisting of a transparent rear panel and a bumper made from flexible TPU that absorbs shock from drops, the case also has a QuikCatch lanyard hole to attach a wrist or neck strap. Available in Aqua Blue, Smoke Black, and Clear, Ringke’s Fusion Crystal Clear case can be bought from Amazon for $11.99. 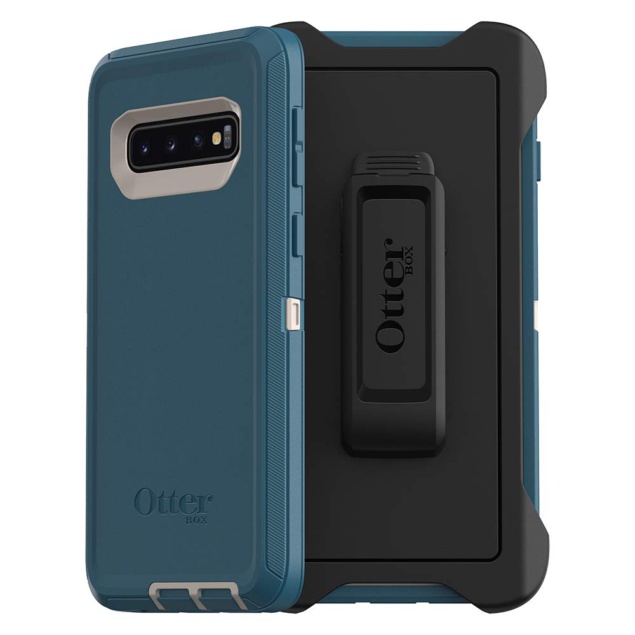 OtterBox is renowned for its heavy-duty smartphone cases and the brand has produced a Defender Series case for the Galaxy S10 that features multi-layered protection. Featuring a solid inner shell and a soft outer layer, the port covers keep out dust and debris.  Adding functionality is the built-in kickstand for hands-free media viewing when out and about. The OtterBox Defender Series case can be had in Pale Beige/Corsair, Black, and Purple Nebula for $49.95 from Amazon. 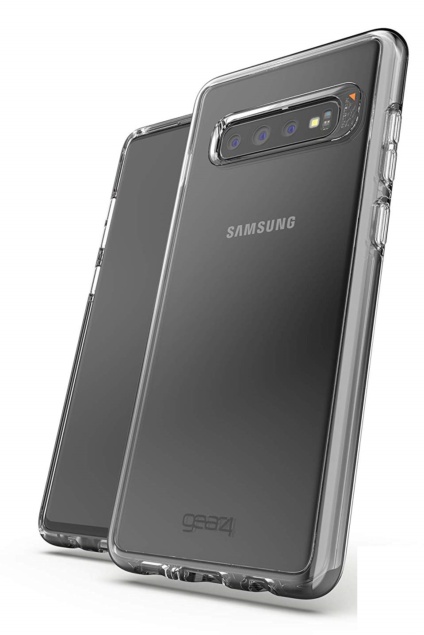 If showing off your brand new Galaxy S10 is a must feature, Gear4’s Crystal Palace Clear case that is made from a transparent D30 material could be the case you need. Its ultra-thin construction maintains compatibility with wireless charging and Samsung Pay, while also being pocket-friendly. The case is certified against drops of up to 3 meters and also features a raised bezel that protects the display from scratches when laid on flat surfaces. You can order the Gear4 Crystal Palace Clear case from Amazon for $39.99.

PSA: Download your data from Google Plus before it shuts down on April 2nd